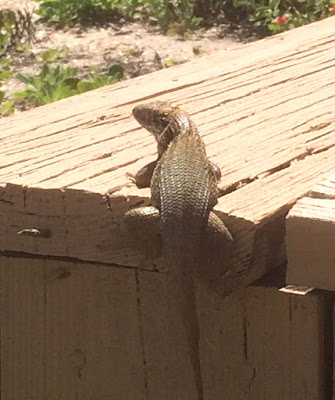 A few things: Several dozen property owners in Cocoa Beach and Cape Canaveral woke up Sunday morning of Memorial Day weekend to find (if they looked) that their property was being advertised on Zillow as "foreclosed" or "pre-foreclosure (auction)". Must have made for an interesting morning for those who caught it. Most probably didn't but you can bet that real estate agents across our area are frantically researching the flood of new distressed properties that their Zillow-using clients are calling about. The handful that I looked at when I got the alert proved to be mostly previously foreclosed properties that had long since been sold and off the MLS in some case for over six months. It was either a computer glitch during the night or a deliberate ploy by Zillow to increase traffic, their life-blood. We may never know. For the record, of the 298 residential listings in Cocoa Beach and Cape Canaveral this morning only five are distressed, four of them bank-owned, one auction and zero short sales.

In the shenanigans category; another agent mentioned to me that a settlement statement he saw last week had a substantial "marketing fee" being paid by the seller to her broker. This was in addition to the commission already being paid which was at the top of the range I'm used to seeing. Not sure what extra "marketing" on this particular property deserved a bonus beyond what is usually provided in a listing but, hey, if they'll sign agreeing to pay more, why not? My opinion; disgraceful gouging, but I don't have all the details and perhaps the seller insisted to weekend ads in The Telegraph and Le Monde. to which the listing agent agreed with the extra fee.

We are resting at a measly 200 total existing condos and townhomes actively for sale in Cocoa Beach and Cape Canaveral. There are another 27 pre-construction units offered to the market's collective indifference. The low inventory numbers may have finally put the brakes on the sales rate. In the last two weeks only 21 units have gone under contract, quite a slow-down from activity in the first quarter. Five of those sold within the first five days on the market. So far in the month of May, 53 units have closed, 32 of them bought with cash. Fifteen single family homes have closed so far in May with only three of those purchased with cash.

Speculations: A frequent question I get is "Should I wait to look for a property to purchase in Cocoa Beach assuming prices will be better later?" Looking at our 200 unit inventory, which I though would level out many dozens of units higher, I don't see any forces that would contribute to prices retreating from current levels. This is, of course, barring a macro event like dollar collapse, war with North Korea or another country gaining control of our executive branch. Demand is still high and the appreciation we see appears to be at a healthy sustainable rate. Without a flood of new properties, the demand should continue to exceed the supply well into next year and beyond. The takeaway for those who agree is to continue the search if purchasing is the goal. Waiting for a dip in prices could prove expensive.

There's an excellent new fish market downtown Cocoa Beach on the beach side of South Atlantic just south of Minutemen next to the sunglasses shop. It's Coconut's Fresh Catch Market and it's not what you might expect. I've been in three times and I've found big, fresh cuts of locally-caught fish, tripletail, cobia, tuna and mahi in addition to some other not-local fish. Homemade crab cakes ready to cook for $5 each. The prices are slightly higher than the markets at the Port but the difference won't buy the gas there and back and the quality is equal. If you like fresh seafood, check them out and support this welcome addition to the community.

On this Memorial Day we celebrate and honor those who made the greatest sacrifice defending our freedom and way of life. Think about the idea of someone you don't know dying to protect your right to the way of life you enjoy. That is what this holiday is about. In addition, there are thousands of living Americans serving right now knowing the possibility of their making the greatest sacrifice is part of their service. To those before you and to you, thank you and a tip o' the glass.

“There are so many ways to be brave in this world. Sometimes bravery involves laying down your life for something bigger than yourself, or for someone else. Sometimes it involves giving up everything you have ever known, or everyone you have ever loved, for the sake of something greater.

But sometimes it doesn't. Sometimes it is nothing more than gritting your teeth through pain, and the work of every day, the slow walk toward a better life." __Veronica Roth, Allegiant