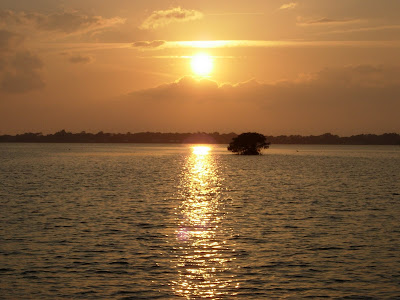 (This is a repeat of a post from last summer prompted by several recent encounters with agents and principals using dubious justifications of value.)

Continuing the commentary from the last post about valuing a property. My review of recent sales suggests that using the Property Appraiser's published "market value" is a pointless exercise unless it can be used to one's benefit against an uninformed opposing party in negotiations. With a margin of error of 45 to 50%, the PA's number should be considered for entertainment purposes only.

Dismissing the PA's number, to value a property we're left with either Miss Cleo or the comps. With apologies to fans of Miss Cleo I think recently sold comparable properties are the best starting point for determining another property's value. Identical condo units in the same building are perfect comps as are identical homes in the same neighborhood. The reality is that, in most cases, there aren't "identical" comps. In that case one has to look for the most similar and then make adjustments. The most commonly used starting metric for comparing similar properties is dollars per square foot. If a 1000 square foot unit closed last week for $100,000 then another very similar unit with 1100 square feet should be worth close to $110,000, all other things being equal. The big stinker there is the "all other things being equal" part. They never are, equal that is. We also need to consider that both units may have exactly identical garages, have access to the very same amenities and share an identical view. This makes a comparison based only only unit size (even with adjustments for condition) flawed from the get go. Place the properties in different buildings or neighborhoods and the comparisons become even less accurate. We can't accurately calculate the value of Starry Night based on the selling price in francs per square centimeter of Vincent's Bedroom in Arles . I think comparing Cape Winds to Sandcastles just as flawed although less extreme.

Consider that a direct ocean 2/2 with 1286 square feet and a garage at Sandcastles in Cocoa Beach will command no more rent per week than a Cape Winds 2/2 with 934 square feet and open parking in Cape Canaveral. Are they worth exactly the same because of identical potential income? I don't think so but I don't think a straight $/sf comparison is remotely accurate either. Seems illogical to think that an otherwise similar 2/2 unit in one of the two buildings should sell for a 27% premium to the other.

My point in all this is to caution buyers and sellers about their or their agent's opinions of value. Putting a fair value on a property is not an exact science. If buying, do your best to get the lowest price possible and use all the tools available to substantiate your offers. Just be aware that in the end only you know what a property is worth to you. The commonly used valuation scales are all flawed. It's horseshoes. Closest one scores.

"Sheep only have 2 speeds - graze and stampede." Colonel Dave Grossman