It's Local and It's Different 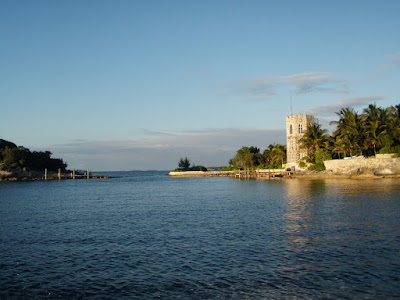 Someone questioned why the statistics I reported in the previous post were so different than what they'd read elsewhere. The stats and trends presented on this blog are and always have been Cocoa Beach and Cape Canaveral specific and are almost always at odds with overall Brevard County stats. We've seen in the past that a housing crisis in Palm Bay may not even be felt in Cocoa Beach. Numbers reported by our MLS and repeated by news media and other real estate sites are for the county as a whole and don't present a clear picture of the individual markets within the county. The disparity was especially true during the Great Money Evaporation event of 2008-2009 and the subsequent recovery years. The trends and statistics of real estate activity in Cocoa Beach and Cape Canaveral will never mirror Brevard County as a whole.

In Cocoa Beach and Cape Canaveral there are four times as many condo and townhome units for sale as single family homes. In the county as a whole that proportion is reversed with three times as many homes as condos for sale. That difference makes the county statistics misleading for those only interested in the beach market. Readers can continue to expect only the Cocoa Beach and Cape Canaveral market conditions here.

Inventory has ticked up through the month of January. There are currently 265 existing condo and townhome units and 64 single family homes for sale as reported by the Cocoa Beach MLS. Note that my inventory number doesn't include units in proposed projects offered as pre-construction reservations of which there are thirteen today.

Random observations at the end of the first month of the new year;
Initial asking prices are becoming more ludicrous. Sellers have always had optimistic opinions on the value of their properties but that optimism has reached new heights in our market. A listing agent who wants to sell a property knows that accurate pricing is paramount but with the crazy increase in number of agents pursuing listings in our market most have adopted the strategy of taking a listing at whatever price the seller wants in order to get the listing. They know there's a good chance the seller will moderate their expectations after the market has failed to deliver a buyer in a reasonable time and may eventually lower the price enough to close a deal. Even if they don't it is another page on Zillow that will draw inquiries that can then be sold something else that is priced fairly.

A quarter of the units closed in the last 60 days sold in the first week on the market. Obviously they were priced right. Another quarter of those closed sales took from five to fourteen months to sell, all but one with multiple price changes along the way. Obviously overpriced. Buyers, you better have an agent who can recognize which properties are priced fairly and which are not. A buyer who chooses to deal directly with the listing agent needs to have the skills necessary to determine the fair number or odds are good that they will overpay for one of the majority of listings that are way over-priced. A 10% discount isn't a good deal on a property that is 25% over-priced.

The competition to stand out on Zillow has become fierce as have the tactics by agents to boost their numbers there. The transaction numbers, reviews and ratings can't be trusted and it's gotten worse. A seller might contact Josh Altman to list their property because his transaction numbers are so high but find themselves stuck with Mikey because Josh can't possibly handle fifty listings and, frankly, has other more important listings that deserve his direct involvement. The good news is that Josh will agree to the seller's crazy high asking price because it will give him another listing on Zillow to attract more inquiries. When Mikey closes your sale there's a good chance that Josh will get the credit which will help him boost his numbers and chances of getting the next inquiry. It keeps Mikey busy and Josh in Maseratis.

As I write this there is a 77 degree difference in the temp in Cocoa Beach and Chicago. 63 here, -14 there. It's not just the fishing and beaches that have made Florida so crowded. I'm thinking it might get worse.

I have squandered my resistance
For a pocket full of mumbles, such are promises
All lies and jests
Still a man hears what he wants to hear
And disregards the rest
__________________________Paul Simon

Posted by Larry Walker at 10:26 AM No comments: