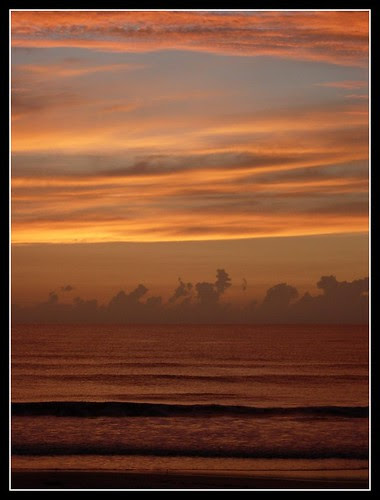 Activity remains slow although there have been a few deals of note. The first two of the single-family homes at the Enclave closed this month, both at $945,000, a record for non-waterfront homes in Cocoa Beach. There are 10 others near completion out of a planned 24.

I'm happy to report that I was able to hammer out deals for both my buyers mentioned in the If condos were watermelons post from a couple of weeks ago. One of the reluctant sellers saw the wisdom in selling for less than her expectations while another of the reluctant sellers was not so wise. He foolishly clung to his $325,000 asking price and we bought his neighbor's nicer unit for $285,000. Now, even if he finds a buyer willing to pay $325,000, his unit will have trouble appraising because the most recent identical comp is now $285,000. The first seller will be cashing her check while the other just took a $40,000 hit and is still looking for a buyer. He actually uttered the infamous words, "I'll just wait it out." I suspect he's imagining a shorter wait than I anticipate.

From Wikipedia;" Wishful thinking is the formation of beliefs and making decisions according to what might be pleasing to imagine instead of by appealing to evidence or rationality . Studies have consistently shown that holding all else equal, subjects will predict positive outcomes to be more likely than negative outcomes." I see lots of wishful thinking on both sides of the table in real estate deals.

Our inventory is still slowly decreasing. Here are the numbers as of this morning. There have been 8 recorded sales of residential property so far this month in Cocoa Beach and Cape Canaveral.

"How hard it is, sometimes, to trust the evidence of one's senses! How reluctantly the mind consents to reality." Norman Douglas