The Tide Has Turned 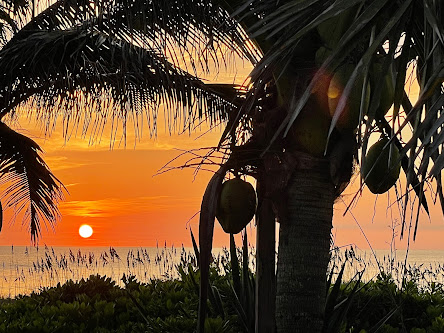 Inventory of residential properties for sale in Cocoa Beach and Cape Canaveral bottomed at the end of June at a low of 35 condos and townhomes. Around the same time there were less than 15 existing single family homes for sale. Supply has been steadily increasing since then as the rate of sales has slowed. This morning we have 79 existing condo units for sale with another seven pre-construction offerings. Speaking of pre-construction, work is well underway on The Surf oceanfront building downtown. There are three remaining unsold units available there at prices between $1.45m and $1.625m.

There are 24 existing single family homes on the market right now with another seven yet-to-be-built offered in south Cocoa Beach at the long delayed project at the Old Fisherman's Wharf location. Fifteen homes have gone under contract so far in August. During the same time, 37 condo units have received an accepted contract.

Prices being asked continue to astound. How about a small rundown Cocoa Beach duplex for $675,000? Or a 900 square foot, 58 year old, 1st floor oceanfront condo with no garage for $499,999? It is remodeled and furnished for what that's worth. I would advise some caution for buyers. It's been extremely competitive with multiple offers on almost every decent property priced anywhere near reasonable and some buyers have payed crazy prices to get what they wanted. I wouldn't mind overpaying somewhat to get a perfect property but there appears to be less pressure with increasing inventory and slowing sales. Someone looking for a rare specific property type may have to overpay to get it but those who have flexibility should be in no rush to jump on the next thing that comes close to their criteria. We are entering our typically slow season until Christmas so there is likely to be less competition and more supply. Decent deals are still being had for those who have been patient and diligent.

FEMA will be overhauling the National Flood Insurance Program and resetting rates this fall. They are taking into account rising worldwide sea levels in addition to flood history for specific areas. I have no idea what that will mean for rates in our area but the usual increase without an overhaul is around 10%. Reporting suggests that higher-risk areas like Florida may be in for much higher increases. This is in addition to the still unknown changes we're going to see for master policies for older oceanfront buildings as a consequence of the Surfside condo collapse in June. A big increase in premiums for either of these things could slam the brakes on the affected sectors of our already cooling market.

It's a little over one week until snook season opens here, the anniversary of Hurricane Dorian destroying Abaco in 2019. If the surf remains as calm as it has been recently, this could be a good year for surf fishing for snook and all the other predators along the beach feasting on the annual mullet run. I haven't seen any schools of mullet yet in south Cocoa Beach but they are bound to be here shortly. Good luck and good eating to all the surf fishers.

"I think having land and not ruining it is the most beautiful art that anybody could ever want to own." _Andy Warhol