Breach of Fiduciary Duty. It's Easy. 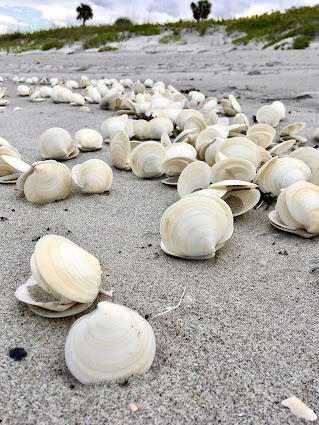 Half of the current inventory in Cocoa Beach and Cape Canaveral has been on the market for two months or longer. Two thirds of the properties that have received an accepted contract so far in November were on the market less than a month and all but two of the rest had reduced asking price substantially. That suggests to me that new listings are being priced more attractively than the majority that have been sitting on the market since summer and that some of those existing sellers who are dropping their high asking prices are finding buyers.

Deciding on an asking price was fairly simple for the first half of 2022. A seller and their agent could estimate fair market value and add 10 to 20% on top of that and expect multiple offers as soon as the listing hit. That has changed. When the slowdown began in the summer many listings were sitting with optimistic asking prices and didn't notice when contract activity tapered off. Listing agents who were paying attention began tempering sellers' expectations and the ones that adjusted asking prices to the new slowed market were the ones who successfully picked off buyers from the shrinking pool of hopeful purchasers.

With the crazy high rents for next year's snowbird season it's probably reasonable to expect many still unsold condos to pull their listing until after March and rent for the season. The sellers that do this are gambling that their asking prices will be more attractive to buyers late next spring and summer than they are now. What are the chances? Perhaps the stock market will have recovered and cash buyers will be comfortable again with cashing out investments to buy a beach getaway. Perhaps mortgage rates will not be higher than they are now. Perhaps those whose employment was curtailed will have landed in a better position and resume their search for a Florida property. All three of those things have affected the number of prospective buyers of Cocoa Beach properties. Our market is directly tied to these and other macro conditions that we have no control over so, as always, deciding whether to sell or wait is at best an educated guess.

A suggestion for the handful of sellers who intend to rent to snowbirds while continuing to try to sell their unit: Please let your renters know before they arrive that you will be having agents and their clients coming by to see the unit during their vacation. Best is to arrange a certain day and/or time period for showings so they don't always have to be on call and ready for a visit by strangers. I run into a few pissed-off snowbirds every season who were never told about this in advance and who are rightfully put-out by the inconvenience and who sometimes express their anger by making showings unpleasant. Not optimal for selling.

Deadline Approaching - Condo Board Members Do Not Ignore

The deadline for registration for condos that was mandated in new legislation this summer is approaching. All affected condos (every condo in Cocoa Beach & Cape Canaveral over two stories) must register with the State by December 31 which is just 34 days away. The association then has two years before they must have completed both their milestone inspection and their structural reserve study. The structural reserve study can't be completed without the results of the inspection so associations need to be making arrangements for their inspections soon. The first inspection may trigger a secondary inspection so it would be prudent to build in some wiggle room with scheduling. Structural engineers who will be doing these inspections are going to be very busy the closer we get to the Dec. 31, 2024 deadline. Associations who wait too long to schedule their inspection might find themselves tardy with the reserve study because of it. I would expect it to take several months to schedule and complete the inspections and reserve study. A nice little incentive for condo Board members built into the legislation is that it is a "direct breach of fiduciary duty liability for failure to comply" with this law. Follow this link for the simple registration process. Deadline Dec. 31 this year.

“The sheep will spend its entire life fearing the wolf, only to be eaten by the shepherd.” _unknown